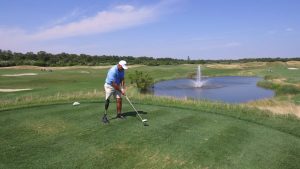 Battling cancer is a struggle that few can imagine, particularly when it comes to pediatric patients. This man faced his illness head on, and made a bold decision that not only changed his life for the better, but motivated him to show others they could live their lives to the fullest.

Dan Bastian is from Poughkeepsie, New York, and is one of nine children. Bastian was an avid athlete as a teenager. He played basketball, football, and ran track.

During winter track season, Bastian noticed he was having a significant amount of pain in his right knee.

Bastian’s father was a dentist, and sent him to a friend who was a radiologist to get an X-ray.

Doctors discovered a tumor in his right femur that had almost eaten all the way through the bone.

He was taken immediately to the hospital so doctors could perform a biopsy. They diagnosed him…

Read the full article on Uplift