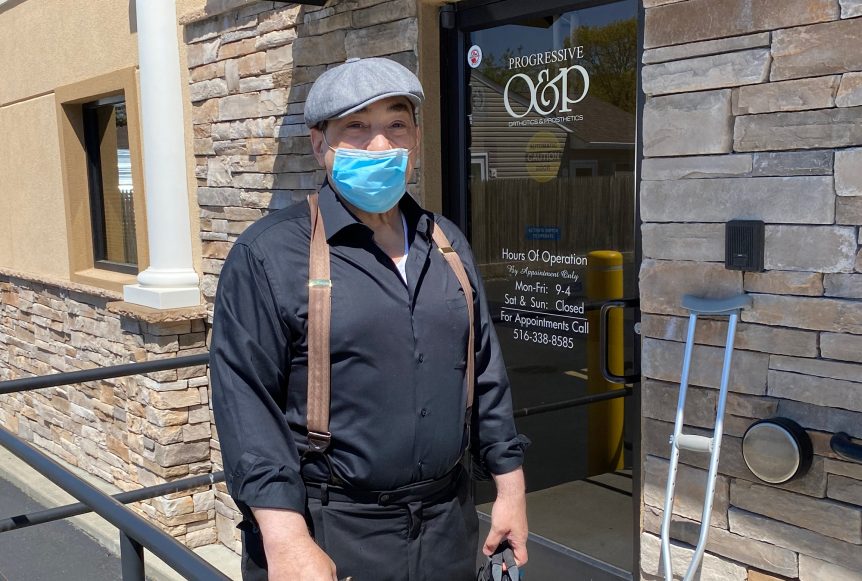 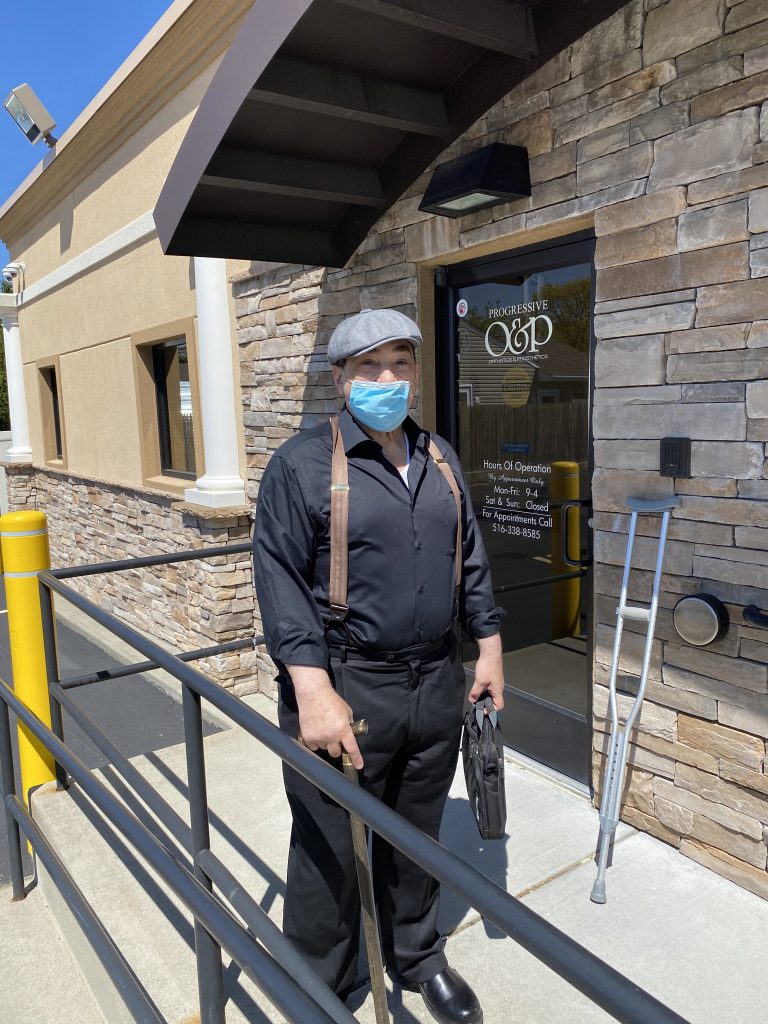 NEW ROCHELLE, New York, March 9, 2020 – Michael P. sits in his kitchen holding an old photograph of two men in suits, one with his arm amiably around the other, smiling into the camera.  The other man wears a forced smile, clearly in pain and not hiding it well.  It’s a difficult memory to recall, as Michael admits he was the latter of the two men.  He dreaded taking pictures in that season of his life when migraines were the norm, sickness was crippling, and self-consciousness ran high.  For years, he watched as his quality of life deteriorated and his family suffered.

“The fun days were over,” Michael said.

But spurred on by the promptings of his son, Michael made a decision to trust his health and recovery to Progressive O&P, and it changed the trajectory of his life.  For the first time in a long time, he’s picturing a brighter future for himself and his family.

“You can’t make up for what’s lost, but you can pick up where you are.”

I sat down with Michael to talk about that turning point and his health journey.

Following a battle with cancer and radiation treatment, I suffered from chronic migraines for years.  They were so painful at times that my kids would have to turn off the radio when I was in the room.  I was sick and in bed a lot when they were growing up.  It was tough on the whole family.  I loved working nights as a “cable slicer” in a manhole, but it got increasingly more difficult to do my job and I eventually had to quit after I collapsed on site one day.  My wife retired early in order to help care for me at home.

I took steroids to treat my migraines, but it interfered with my body’s ability to heal.

To make matters worse, in 2013, I had severe arthritis in one of my knees and my leg started to buckle.  I could no longer support myself so I had a knee replacement.

The surgery was “poster perfect”; everything went well, except for one thing.  The surgical cut itself did not heal properly.  Little did I know, an infection was eating away at the tissue in my leg.  This mercer infection created a sizeable hole in my knee that was a constant source of pain so my replacement knee eventually had to be taken out and I received a new cement knee in its place.  The third replacement was no better.  I was treated by several orthopedists but nothing worked.  It got to the point where I could no longer bend my knee, I had only 5% mobility left in my leg and walking was laborious.  Then I had a terrible fall and broke my femur.   My prosthesis was no longer secure.  When I realized reconstruction wasn’t an option, I had to come to terms with amputation.  It took me two years to finally make the decision to cut off my leg.

How did you come to Progressive O&P?

After my amputation, my previous healthcare provider wouldn’t take my insurance, so I had to look elsewhere.  My son learned about Progressive O&P and suggested I make an appointment.  We went there together, and were equally struck by how different Progressive was than other offices I had been to in Manhattan, where there was more glitter than comfort.  This felt more like a family get-together than a doctor’s office.  Even the clientele differed; it was full of normal people just like us!  Everyone was pleasant, as we laughed and joked in the waiting room.

Anything else that made Progressive O&P stand out?

Some of my previous doctors seemed primarily interested in how much money I could pay.  Abe first and foremost made me feel seen and understood.  He heard me out and let me talk through all the things I had been through.  Our relationship felt more personal than financially focused because he genuinely cared about my welfare.

Tell me about receiving your first prosthesis from Progressive O&P?

Walking used to feel like pole vaulting, but Abe and my new prosthesis from Progressive fixed that.  I’m quickly learning the mechanics of walking with my prosthesis and I look forward to starting my rehabilitation at Burke Outpatient Rehabilitation & Physical Therapy in a week or two.  For now, I’m still utilizing my crutches.  I’ve fallen a few times but I’ve gotten up again each time, so there’s hope.

Any other areas of your life that have been changed?

When I first lost my leg, I used to cry a lot.  I was very embarrassed because I was missing a limb and couldn’t walk.  I felt like a freak of nature.  I wouldn’t even look at people because I didn’t want to see them staring at me.

When I came to Progressive O&P though, I wasn’t embarrassed.  It was similar to the feeling I would get when I’d fall on my son and he would catch me, there was no shame there, only security.  That’s another thing that changed, that I got back; I had someone to lean on.

Who have you been able to lean on during this time?

My wife Jong Suk and I have been married 44 years.  She is the most amazing person I’ve ever met; she bounces back so quickly from things and has always been there for me.   My son Michael P. has also been integral.  When he was going through nursing school I used to read his books, and he has been really helpful navigating the medical decisions I’ve had to make.  My daughter Naomi, my granddaughter Amelia (age 11), and my grandson Daxton (age 5) are also part of my team.

I’m looking forward to when I can just put my leg on without thinking about it and go anywhere without restrictions.  My wife and I are both very active and love concerts, plays, and the opera.  We used to purchase tickets on a whim, and just get up and go.  For many years we weren’t able to do that though because I was so sick. Now, I see us being able to enjoy those things again.  I picture myself picking up my granddaughter, watching her ice skate, and playing catch with my grandson.  I’m coming out of a season where there was so much caution, but now I’m throwing caution to the wind!  I picture my marriage growing deeper and my family growing closer as things normalize.